For many people, the difficulty of speaking a language may be far more disparate than its teaching. In communities troubled with limited resources and Native languages classified as “threatened” or “endangered,” the Language Conservancy offers assistance.

The non-profit organization, formed in 2005, provides teaching materials and language classes to communities in need.
Little Big Horn College’s Crow Summer Institute, now in its fourth year, is a project stemming from The Language Conservancy aimed at preserving the language.
“Because the [Crow] Tribe was not large, very few language resources were developed for schools to teach the language sequentially and systematically in grades K-8,” the Language Conservancy website states. “Responding to a request from the tribe in 2012, TLC organized a successful language textbook series in Crow Agency and began the process of sponsoring a Crow Language authority that could lead the language to vitality.” 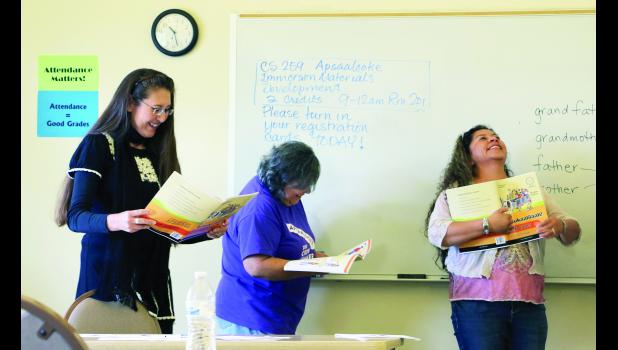